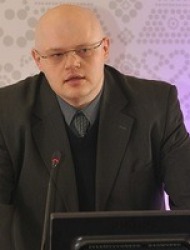 Dr. Samuel Barnai is an Adjunct Lecturer in the Department of European Studies at The Hebrew University of Jerusalem.

He is a post-doctoral research fellow both in the ERC project “Apartheid—The Global Itinerary” and in a project funded by the GIF (German-Israeli Foundation for Scientific Research and Development).He specializes in large-scale studies of historical, socio-demographic, and cultural developments among East European Jewry and has published widely on this topic. Dr. Barnai is applying his expertise in Soviet and East European studies to charting the presence of anti-apartheid exiles there alongside the diffusion of anti-apartheid expressive culture.