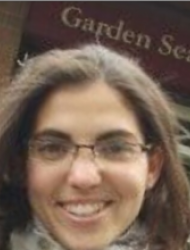 Nitzan Tal was born in Israel, holds a BA in Comparative Literature jointly with Amirim – the Humanities-based interdisciplinary honors program.

She graduated with distinction in 2013 and is currently finishing her MA in Comparative Literature, studying empathy as a mode of writing and reading violence. As an MA fellow in APARTHEID-STOPS she worked on the reception of Alan Paton's Cry, the Beloved Country, in the American academy between 1947-1960 and in Israel between 1951-1954, paying special attention to the ways in which the novel animated notions of liberalism, religion and ethnicity in these two contexts.