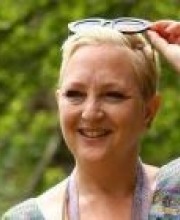 Louise Bethlehem lectures in English and in the Program in Cultural Studies at the Hebrew University of Jerusalem.

She graduated with a B.A. (magna cum laude) from the University of the Witwatersrand (Wits) in 1984, as the top graduate in the Faculty of Arts. She then proceeded to obtain her M.A. (summa cum laude) and Ph.D. (with distinction) from The Program in Comparative Literature and Poetics at Tel Aviv University. She held a Lady Davis Post-Doctoral Fellowship at the Hebrew University of Jerusalem (1998-1999), and is currently a fellow of the Africa Unit of The Harry S. Truman Research Institute for the Advancement of Peace there. Louise Bethlehem has described herself as a “long-distance South African” in the poet Denis Hirson’s phrase. She maintains an active research presence in South Africa, where she has had a long association with WISER: The Wits Institute for Social and Economic Research. She participated in the 2010 session of the Johannesburg Workshop in Criticism and Theory, speaking in a studio session and contributing a blog entry. Bethlehem has also been featured in the JWTC’s online journal, The Johannesburg Salon, alongside leading postcolonial scholars, including Jean Comaroff and Achilles Mbembe. In Israel, she was a member of the original group of scholars who successfully instituted the Inter-University Program in African Studies, presently running between three Israeli universities.