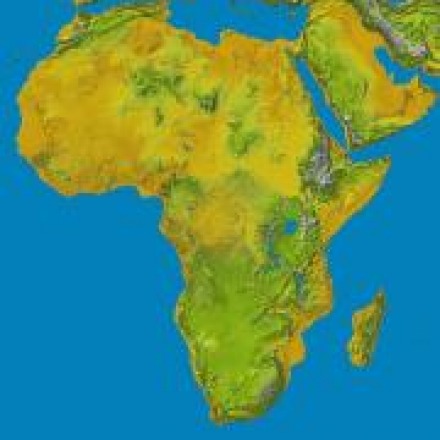 The Momentous 60s: Reflections on an African Decade

The Hebrew University of Jerusalem, Jerusalem

The 1960s was a decade of revolutionary changes throughout Africa. At this juncture across the continent, histories of colonialism, decolonization, the Cold War, nationalism, pan-Africanism and independence intermingled, with critical consequences for nations, communities and individuals. More than any other period of the 20thcentury, the 1960s was an era of immense, radical and contradictory possibilities. A massive range of ideologies, political agendas, economic developments, cultural styles and social changes were experimented with, and a sense of opportunity found expression everywhere. From the newly decolonized to those enduring the most extreme forms of racist minority rule, the 1960s was an era of heightened expectations and aspirations – some fulfilled and others held in abeyance. This conference seeks to consolidate a growing body of work addressing the 1960s in Africa as an era of monumental significance that requires more scrutiny and analysis.

Focusing on the 1960s opens up new opportunities for understanding how local, national, transnational and international phenomena intersect and give birth to new kinds of circulations, imaginaries, and initiatives. A wide-ranging examination of this era will bring into focus the intersections and overlaps between local experiences across the continent at this time, despite the immense diversity that characterized the political, economic and cultural histories of the period. We ask potential contributors to consider how the 1960s serves as a framework of analysis for understanding changes and continuities. Several questions emerge that require deeper investigation: What kinds of opportunities and innovations were unique to this era, and how were other alliances made obsolete at this time? How do we adjudicate the success or failure of momentous events or social movements, and at what scale of resolution—local, national, or transnational? How have African actors aimed at repositioning the continent and their societies in a new way in the changing global order? How did actors in other parts of the world reevaluate the role of Africa in the potentially emergent new world order? How does the period look when we refrain from focusing exclusively on the behavior of political elites? How do events in Africa impact events elsewhere, in anticipating, for instance, the revolutionary ferment of May 1968 in Europe, as recent scholarship is beginning to suggest? How have dynamics on the African continent challenged the position and strategies of former metropoles as well as those of the emerging superpowers of the Cold War? Might we develop arguments for the “long 1960s” modeled on notions of the “long civil rights movement” in the United States, for instance, to suggest that in some respects at least, the 1960s in Africa began in the late 1950s?

As scholars increasingly grapple with the consequences of decolonization, nation-building, liberation struggles, social development and economic expansion that characterized much of the continent’s history at this time, we hope that this conference will enable us to reach new understandings of both commonalities and exceptions in current research.  We hope to consolidate emergent paradigms with regard to histories of the 1960s in Africa, and also bring into focus new models and trends.

Some themes that might be explored include, but are not limited to, the following:

- Decolonization and the Re-entrenchment of Colonialism

- Decolonization and the Cold War during the global 1960s

- Periodization: When do the 1960s in Africa begin and when do they end?

- Youth and Popular Culture in Africa in the 1960s

- Transnationalism, Pan-Africanism and the Local

- Forms and patterns of mobilities and circulations in, across and beyond Africa during the 1960s

- Media and Changing Forms of Communications

- Unions and the Mobilization or Marginalization of Labor

- Resources and Conflicts in the Process of Nation-building

- Economic Optimism and its Lasting Impact

- Nationalism and the Built Environment

The conference will be held at both the Hebrew University of Jerusalem and Ben-Gurion University of the Negev, Israel. Presentations will be limited to 15 minutes. Please submit abstracts of no more than 300 words to: Africa@bgu.ac.il. Abstracts should be submitted by November 1, 2018.  Please include your name, institutional affiliation, and email address and a short biography (up to 200 words) along with your abstract.  Notifications of acceptance will be sent by November 10, 2018.